Not everyone believes climate change exists. It’s hard to ignore the hard data contained in the report, “The Killer Summer Heat,” from the Natural Resources Defense Council. It says that by 2100, more than 150,000 Americans may die due to intense heat.

If you live in these cities, you’re most at risk now, says the research, which projects these totals for expected fatalities:

Let me share that NRDC is a nonprofit organization and that industry-funded groups like the Center for Consumer Freedom have criticized it in the past.

Why will this happen?

“Illnesses that are caused or made worse by extreme heat–including heat exhaustion, heat stroke, cardiovascular disease, and kidney disease–currently lead to hundreds of deaths each year.

As carbon pollution continues to rise, the number of dangerously hot days each summer will increase even further, leading to a dramatic increase in the number of lives lost.

While everyone in these urban areas is at risk, children and the elderly are the most vulnerable.”

The details heat up

In a news release from which I borrow here and below, NRDC says carbon pollution will steadily increase in the absence of effective new policies, more than doubling the levels seen today by the end of the century.

Dan Lashof, director of NRDC’s climate and clean air program adds: “To prevent the health impacts of climate change from getting even worse, we need to establish a comprehensive program to reduce heat-trapping pollution from all sources, by building on the Environmental Protection Agency’s proposals to limit carbon pollution from new power plants and cars.”

* Health impacts spike during excessive heat events. For example, my home state of California was hit by deadly heat waves in 2006, causing during a two-week period 655 deaths, 1,620 excess hospitalizations, and more than 16,000 additional emergency room visits occurred, resulting in nearly $5.4 billion in costs. During a record-setting heat wave in 1995, Chicago suffered over 700 additional heat-related deaths. 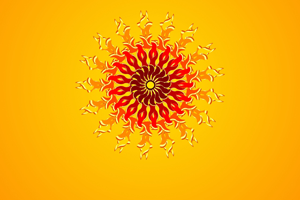 The risks climb when high temperatures and certain weather conditions combine to cause Excessive Heat Events (EHE). EHE days occur when a location’s temperature, dew point temperature cloud cover, wind speed and surface atmospheric pressure throughout the day combine to cause or contribute to heat-related deaths in that location.

Please note from whence this all came: NRDC based its analysis on two peer-reviewed studies, one of which was published in the American Meteorological Society’s journal Weather, Climate, and Society, and the other published in Natural Hazards.

The dangers of carbon pollution will be the subject of EPA public hearings on its proposal to limit carbon pollution from new power plants on May 24th. The EPA is taking public comment on the proposal through June 25th. The proposal is the federal government’s first step toward setting limits for industrial carbon sources.