I’ve been searching for that gushing fountain of youth, but haven’t found it here in Orange County—I even looked at Yellowstone National Park, near the geysers.

I picked up the “current” issue of  ELLE and behold: a well-done story about electric facials. Immediate results may not be exactly shocking, but electric facials are frequently behind those nearly perfect faces we admire on Red Carpet nights. 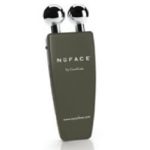 This excellent article takes us through a fairly thorough history of the use of electric current to change physiology and appearance. Electric facials are recommended by some dermatologists as a “complement” to botulinum toxins Botox or Dysport. According to author Sarah Bernard, they “do not act directly on muscles—they bind to neurotransmitters, preventing them from signaling muscles to contract….When a neurotoxin is shot into a muscle that pulls downward, say, in the brow area, the antagonist muscle that pulls upward is left unopposed to dominate.” Turns out immobilized muscles can atrophy, causing our faces to eventually diminish in fullness: bad.

Enter the electric facial. Celebrity dermatologist and skin-care guru Nicholas Perricone, MD advises his patients to eschew neurotoxins like Botox in favor of microcurrents, which he tells Bernard, build “convexities” in our faces: good. Convexities are prominent curves that define our nose, jawline, cheekbones, chin and nose, for example: They give our face shape its shape. When we lose them—as we lose other things we’d like to keep—our face droops and looks flat. Electro-stim from an electric facial that utilizes microcurrents may help rebuild needed convexities. It may also restore facial symmetry as muscles contract, plumping and firming up facial volume.

Both a positive and a negative current, explains Bernard, are delivered to your face via two wands, probes, or sponges and “stimulate” the tissue in between. No, it doesn’t hurt, but you may experience a teeny “tingle.”

You can get an electric facial at a spa from an aesthetician or you can do it yourself at home. As you might expect, the professional’s system is stronger and costs more, and the number of recommended treatments can vary. The underlying premise is that of course, you need to keep doing them, no matter where you do them. A quick survey of facial spas found one treatment costs between $75 and $150. To buy your own system, consider these two:

1) Suzanne Somers’ FaceMaster®: She collaborated with a former Apple lead engineer on the device, and now offers her Platinum version. It tones muscles underneath by contracting them, says the website, and costs approximately $229.

2) NuFace® by Southern California facialist Carol Cole: It is the first and only hand held microcurrent device FDA cleared for at-home use, priced at $249.

Leading dermatologists like Christopher Zachary, FRCP of UC Irvine believe the market for at-home devices will explode in the near future. Finally, no, I haven’t used either of the above, but I’ve heard rumblings of “electric facials” for more than a year. If you’re a user and a believer, I’d love to know. Meanwhile: Dear Santa…This year, I would like…