The headline reads, “A dementia that rivals Alzheimer’s strikes before age 65.” NBC News featured this touching story recently and having watched what Alzheimer’s disease did to my mother, I silently wept for the couple featured in the piece. Now 62, the wife is diagnosed with the rare brain disorder frontotemporal dementia or FTD (not the florist), and he’s left with the shell of a woman who is mother to six children—she rarely recognizes family members. He says she’s lost her empathy and her personality, and she’s gained 30 pounds.

Scientists say FTD is more common than Alzheimer’s in people with degenerative disorders under the age of 60. FTD shrinks or atrophies the frontal and temporal lobes of the brain that control our personality, behavior and language. 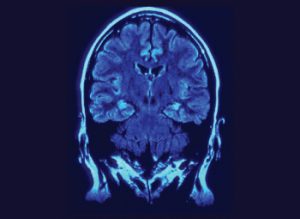 The Association for Frontotemporal Degeneration (AFTD) notes that, “Frontotemporal degeneration, however, is primarily a disease of behavior and language dysfunction, while the hallmark of AD is loss of memory.” FTD isn’t just one disorder, but a group of them that affects up to 60,000 Americans and represents up to 20 percent of all dementia cases.

FTD is distinct from other forms of dementia in two important ways, says the AFD:

• Onset of FTD often occurs in a person’s 50s and 60s; the average age of diagnosis is about 57, which is a full 13 years before the average Alzheimer’s patient is diagnosed. Thus, FTD can affect work and family in a way dementia in older patients does not.

• The hallmark of FTD is a gradual, progressive decline in behavior and/or language (with memory usually relatively preserved). As the disease progresses, these deficits cause significant impairment in social and/or occupational functioning and result in an increasing dependency on caregivers.

The Mayo Clinic notes that, “As with brain disorders in general, symptoms of FTD may mimic those of another disorder, but generally include:

The only definitive diagnosis is achieved by brain autopsy. In lieu, neuropsychological tests may be done, along with imaging or a lumbar puncture. As troubling as FTD and Alzheimer’s are, we can be thankful that science can differentiate between brain disorders, and that we as a society don’t just label an afflicted individual as “crazy” any more.